Impact of Trump’s Policies on Education

The policy by Trump has affected many things. The international students are taking a step back from enrolling in the American colleges or universities. The number of new international students willing to take admissions in  the US has dropped as some believe that President Donald Trump’s acts is scaring off foreign youth. US is known for its quality education and experienced personalities taking part in the education system which is a very good platform for the upcoming youth to explore their carrier at their best. 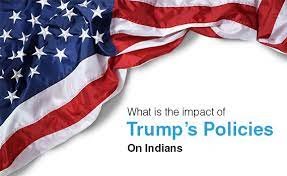 The hesitation lies in approaching USA for their further studies by students as well as families which is actually not the fact. The scenario which is given this level of exaggeration is not the actual situation there. People believe in the news they get from around the world which are the little exaggerated ones. The various things that have taken  steps like travel bans, VISA rejections, criticizing immigrants has created a barrier in the mind of the students which is pulling them back and opting some other countries.

The various questions are arising in their minds regarding the safety and security of their kids and the behavior with them in the US country. But the actual scenario is different. The students should actually stop worrying about this and concentrate on building a better future and get the best university and practical exposure for which USA is the best option. The decline in the  number of Indian graduates or the Indian students is also a big concern for the US companies as well. As the Indian talent in the field of computer science and engineering is a well known source of talent for US companies. The TRUMP policies have made it a little difficult to obtain the VISA but at the same time even they are facing the effect of it.

The policy which states a restriction on the work after graduation is also a major concern for the foreign students as they have to work during their education as well as after their graduation as it reduces the burden of expenses on the students and families. This restriction is also a major reason for the hesitation for opting USA as their next step in their educational career.

So keeping in mind the future prospects, students should definitely go to the USA universities as it gives the upper edge to the career and the better future and all the myths about the TRUMP effects should be flushed out. Things have been made a little difficult, but it has not impacted to that extent that we should stop thinking about the  USA.[/vc_column_text][/vc_column][/vc_row]