f life gives you limes, don’t make limeade, make a Key lime pie. The official state pie of Florida, this sassy tart has made herself a worldwide reputation, which started in — where else? — the Florida Keys, from whence come to the tiny limes that gave the pie its name.
Aunt Sally, a cook for Florida’s first self-made millionaire, ship salvager William Curry, gets the credit for making the first Key lime pie in the late 1800s. But you might also thank Florida sponge fisherman for likely originating the concoction of key lime juice, sweetened condensed milk, and egg yolks, which could be “cooked” (by a thickening chemical reaction of the ingredients) at sea. 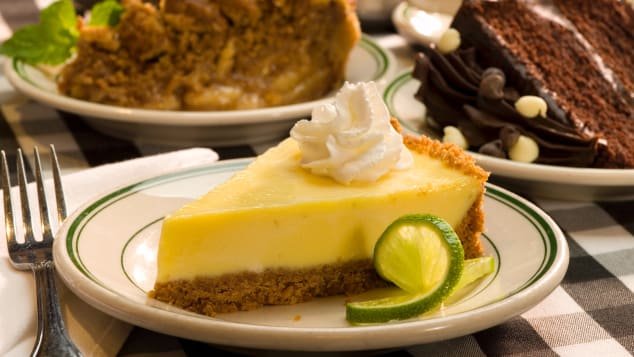 We love French fries, but for an American food variation on the potato theme, one beloved at Sonic drive-ins and school cafeterias everywhere, consider the Tater Tot.
Notice it often has the registered trademark — these commercial hash brown cylinders are indeed proprietary to the Ore-Ida company. If you’d been one of the Grigg brothers who founded Ore-Ida, you’d have wanted to come up with something to do with leftover slivers of cut-up potatoes, too. They added some flour and seasoning and shaped the mash into tiny tots and put them on the market in 1956. A little more than 50 years later, America is eating about 32 million kilos of these taters annually. 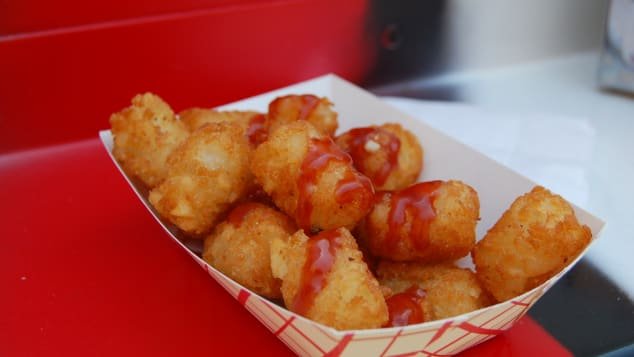 Sourdough is as old as the pyramids and not coincidentally eaten in ancient Egypt. But the hands-down American favorite, and the sourest variety, comes from San Francisco.
As much a part of NoCal culinary culture as Napa Valley wine, sourdough bread has been a staple since the Gold Rush days. Once upon a frontier time, miners (called “sourdoughs” for surviving on the stuff) and settlers carried sourdough starter (more reliable than another leavening) in pouches around their necks or on their belts.
Thank goodness that’s not the way they do it at Boudin Bakery, which has been turning out the bread that bites back in the City by the Bay since 1849. 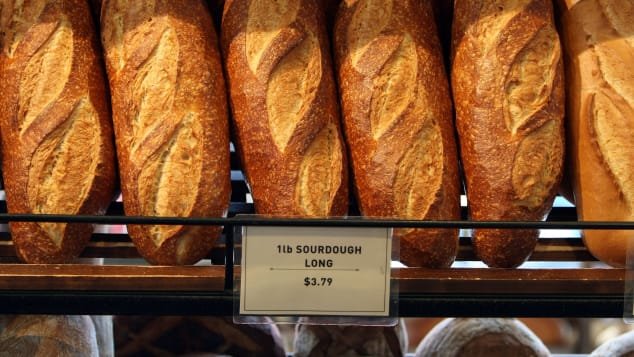 The chef’s salad originated back East, but American food innovators working with lettuce out West weren’t going to be outdone.
In 1937, Bob Cobb, the owner of The Brown Derby, was scrounging around at the restaurant’s North Vine location for a meal for Sid Grauman of Grauman’s Theater when he put together a salad with what he found in the fridge: a head of lettuce, an avocado, some romaine, watercress, tomatoes, some cold chicken breast, a hard-boiled egg, chives, cheese, and some old-fashioned French dressing.
Brown Derby lore says, “He started chopping. Added some crisp bacon, swiped from a busy chef.” The salad went onto the menu and straight into the heart of Hollywood
. 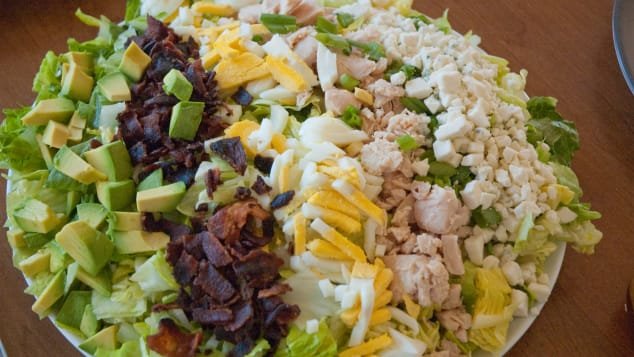 The childhood Sunday family dinner of baby boomers everywhere, pot roast claims a sentimental favorite place in the top 10 of American comfort foods. There’s a whole generation that would be lost without it.
Beef brisket, bottom or top round, or chuck set in a deep roasting pan with potatoes, carrots, onions, and whatever else your mom threw in to be infused with the meat’s simmering juices, the pot roast could be anointed with red wine or even beer, then covered and cooked on the stovetop or in the oven. 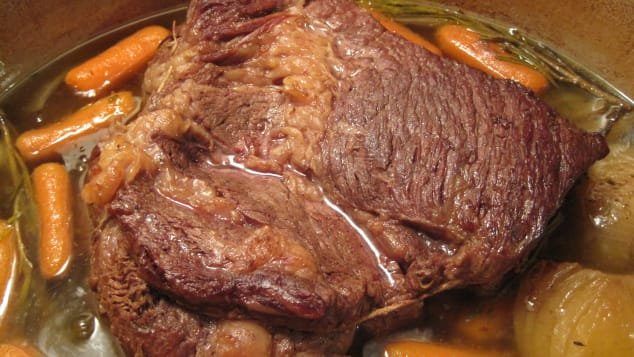 Hostess’ iconic “Golden Sponge Cake with Creamy Filling” has been sugaring us up since James Dewar invented it at the Continental Baking Company in Schiller Park, Illinois, in 1930.
The Twinkie forsook its original banana cream filling for vanilla when bananas were scarce during World War II.
Dumped in hot oil or simply torn from their packaging, Twinkies endear with their name (inspired by a billboard advertising Twinkle Toe Shoes), their ladyfinger shape (pierced three times to inject the filling), and their evocations of lunchtime recess. They were temporarily taken off the shelves between November 2012 to July 2013 — when Hostess filed for bankruptcy. Now they are back and going strong. 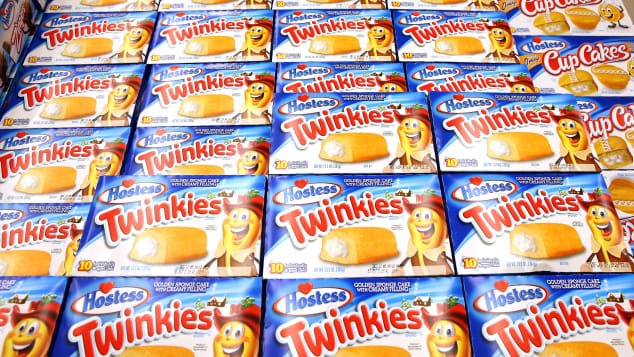 Take some vaqueros working on the range and the cattle slaughtered to feed them. Throw in the throwaway cuts of meat as part of the hands’ take-home pay, and let cowboy ingenuity go to work.
Grill skirt steak (faja in Spanish) over the campfire, wrap in a tortilla, and you’ve got the beginning of a Rio Grande region tradition. The fajita is thought to have come off the range and into popular culture when a certain Sonny Falcon began operating fajita taco stands at outdoor events and rodeos in Texas beginning in 1969.
It wasn’t long before the dish was making its way onto menus in the Lone Star State and spreading with its beloved array of condiments — grilled onions and green pepper, pico de gallo, shredded cheese, and sour cream — across the country. Don’t forget the Altoids. 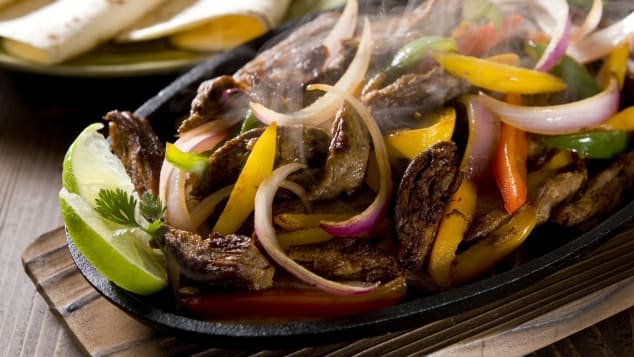 Like the banana makes it good for you. Still, kudos to whoever invented the variation of the sundae known as the banana split. There’s the 1904 Latrobe, Pennsylvania, story, in which future optometrist David Strickler was experimenting with sundaes at a pharmacy soda fountain, split a banana lengthwise, and put it in a long boat dish.
And the 1907 Wilmington, Ohio, story, wherein restaurant owner Ernest Hazard came up with it to draw students from a nearby college. Fame spread after a Walgreens in Chicago made the split its signature dessert in the 1920s. Whatever the history, you’ll find plenty of food for thought at the annual Banana Split Festival, which takes place on the second weekend in June in Wilmington. 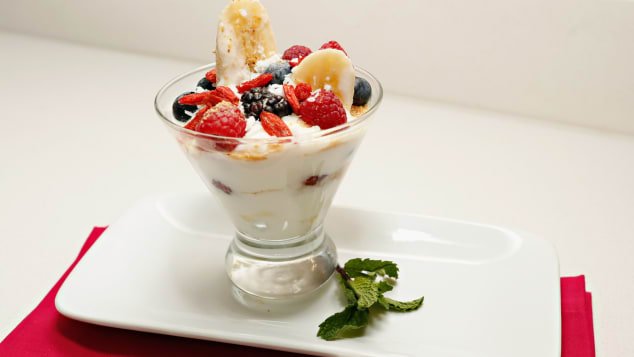 It’s one of the pillars of Southern cooking, but cornbread is the soul food of many a culture — black, white, and Native American — and not just south of the Mason-Dixon. Grind corn coarsely and you’ve got grits; soak kernels in alkali, and you’ve got hominy (which we encourage you to cook up into posole). Leaven finely ground cornmeal with baking powder, and you’ve got cornbread.
Southern hushpuppies and corn pone, New England johnnycakes; cooked in a skillet or in muffin tins; flavored with cheese, herbs, or jalapenos — cornbread in any incarnation remains the quick and easy go-to bread that historically made it a favorite of Native American and pioneer mothers and keeps it on tables across the country today. 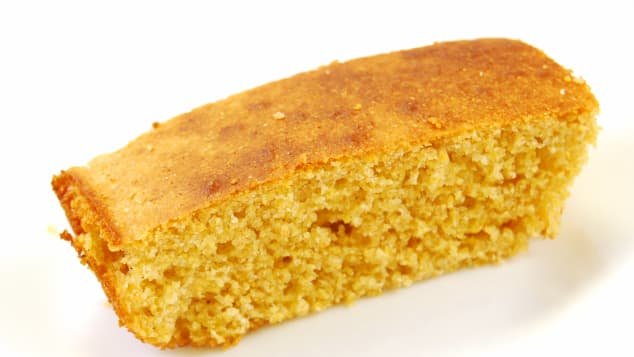 Jambalaya, crawfish pie, file gumbo … what dish could be so evocative that it inspired Hank Williams to write a party song for it in 1952 and dozens more to cover it (including everyone from Jo Stafford to Credence Clearwater Revival to Emmylou Harris)?
The sweep-up-the-kitchen cousin of Spanish paella, jambalaya comes in red (Creole, with tomatoes) and brown (Cajun, without). Made with meat, vegetables (a trinity of celery, peppers, and onions), and rice, Louisiana’s signature dish might be most memorable when made with shrimp and andouille sausage.
Whatever the color and secret ingredients, you can be sure of one thing when you sit down with friends to a big bowlful: son of a gun, gonna have big fun on the bayou. 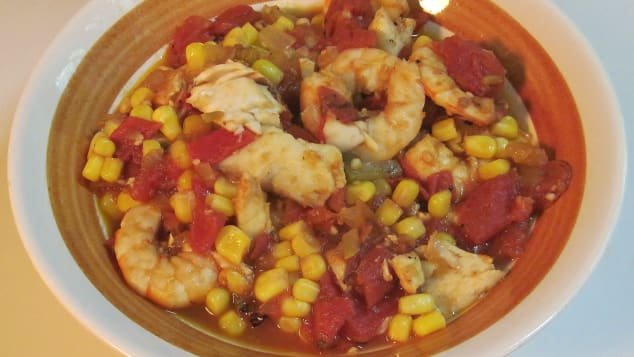