When a non-native student is placed in a new environment they face many challenges. The main challenge is the language. Matching the accents, tone, slang, and phrases of a non-native educational environment has to be quickly adapted to ensure better adjustment, communication, 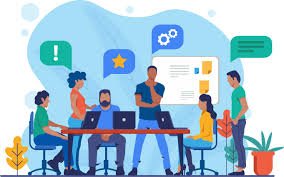 Let’s talk about one of the newest English-speaking tests i.e. #DefinitelyPTE. In 2009, Pearson–one of the most prominent educational companies and publishing houses in the US–launched its own Proficiency Exam: the Pearson Test of English i.e PTE Academic. These tests are conducted in partnership with Edexcel Limited, an awarding body for academic and vocational qualifications in the U.K.

Let’s see how this test has gained popularity. This test is one of the leading tests of English which is a computer based test conducted in over 50 countries, including India and has the flexibility of scheduling the test as early as 24 hours before the test day. The Results are declared in five business days as the  evaluation is computer based.

Academic is recognized and accepted by thousands of educational institutions worldwide and also accepted for VISA purpose by the Australian and New Zealand governments.

A 16 year old or above person is eligible to appear in the test in the test center of his choice anywhere in the world including his home country.

There is no limit of age group and no limit in the number of times a candidate can appear in the test. The fee for the test ranges from 150 to 210 pounds or  the equivalent in the currency of the home country.

In preparing to appear in a PTE test you have the following options:

(b) Choose from a list of preparatory books available.

(c) Join a PTE preparation course in your city.

Best are the combinations of the  above options. PTE test centers are located in all major cities of India.

Please check the availability of the PTE Preparation Course

The test consists of reading, writing, listening and speaking tests conducted in a secure test environment of a test room with a computer on which a candidate has to log in his answers.

The three hour test consists of

The questions in the test papers are multiple choice questions, essay writing and questions based on interpreting the  information given graphically or in charts.

For a listening test a candidate has to listen to the audios of lectures and explain. The accent in these audios ranges from British and American  non-native speakers.

A candidate preparing for #DefinitelyPTE test can practice it online via computer based mock tests which helps him improve his performance in these tests by getting hands on experience and getting an idea to manage time in a real test situation.  The scores in the mock tests give the candidate a realistic and fair assessment of his current level of proficiency in the language.

Counties that accept PTE Academic are as follows:

Apart from India there are 5 more countries which accept the  PTE Academic. They are

Universities that accept PTE are as follows:

#DefinitelyPTE Academic is accepted by numerous universities worldwide, including prestigious institutions such as Harvard Business School, INSEAD and Yale, North Carolina Wilmington, London School of economics and social sciences in UK and University of Wollonglong in Dubai and many more.

PTE Academic is also accepted for visa purposes by the Australian and New Zealand governments.

Tests are conducted in the months of May, June, August, November and December every year. The test fee ranges between 50 pounds to 100 pounds, depending upon the level of the test. The  higher level being more expensive.

A candidate can schedule his test according to his own convenience.  The test has flexible schedules and is so designed that a candidate can time his test according to his preparation and his convenience as early as 24 hours in advance. Tests are computer-based thus enabling computerized evaluation of papers which ensures results in about a week’s time after the tests.

Benefits of scoring system on PTE

Scoring of PTE is very interesting. A thermometer-style scale gives an accurate overview of your skills.

The communicative skills scores are based on all test items that assess  the skills of listening, reading, speaking and writing, either as a single skill or together with other skills. The range for each communicative skill score is 10-90 points.

Scores for enabling skills are based on all test items assessing one or more  skills of grammar, oral fluency, pronunciation, spelling, vocabulary and written discourse.  The range for each enabling skill score is 10-90 points.

The overall score report reflects your overall English language ability. The score is based on performance on all items in the test. The range again for the overall score is 10-90 points.  And the best part is the display of the scores in a graph allows you to quickly evaluate your strengths and weaknesses and how each skill relates to your overall performance. Isn’t it easy!!!

So when the stakes so high, you have to make sure you pick the test that gives you the best chance of making it through without spending a lot of money and time in reattempts and that has to be #DefinitelyPTE

Some Universities in USA Accepts PTE