Some of the common food items that are just not a name of USA but have made its place in every country’s palate. 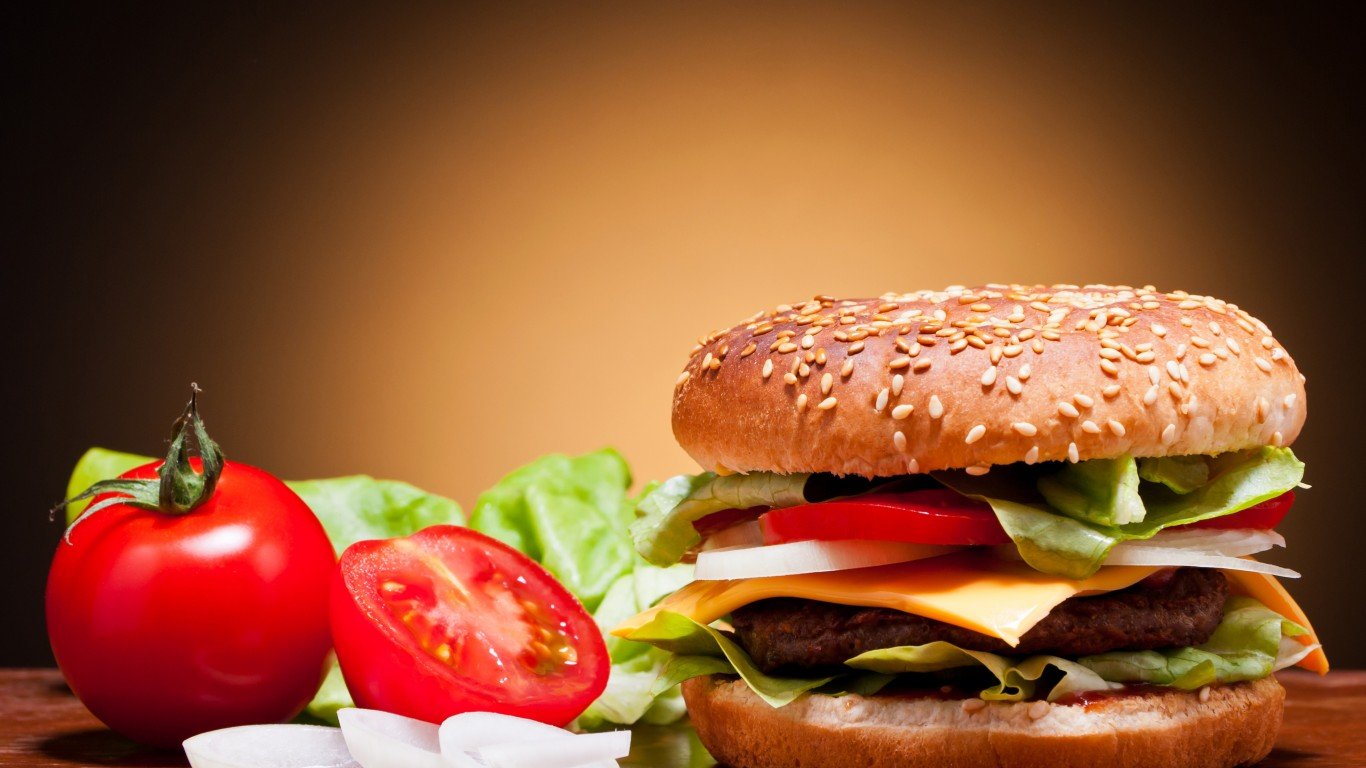 Hamburger, a takeaway fast food loved in the United States of America usually found in fast-food restaurants and is one of the famous and most selling dishes in the USA.

A  sandwich which consists of cooked patty placed between hamburger with lettuce, tomato, onion, bacon, pickles, cheese and condiments such as mustard, mayonnaise, ketchup and relish usually served as a fast dinner, picnic or party food, and are usually cooked.

A veggie burger, garden burger, has a substitute of tofu or  Seitan (wheat gluten) or corn, beans, grains with mixed vegetables, ground up and mashed into patties instead of meat. 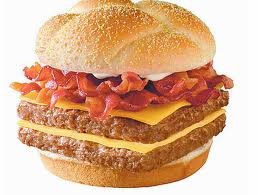 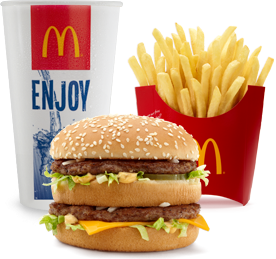 Hamburgers in different parts of the United States and Canada

Standard Toppings and preparations of Burgers change with location and restaurants.

Different preparations of burgers are famous in different parts of the US.

They use only mustard sauce and are accompanied by with or no vegetables, jalapeno slices, and cheese. 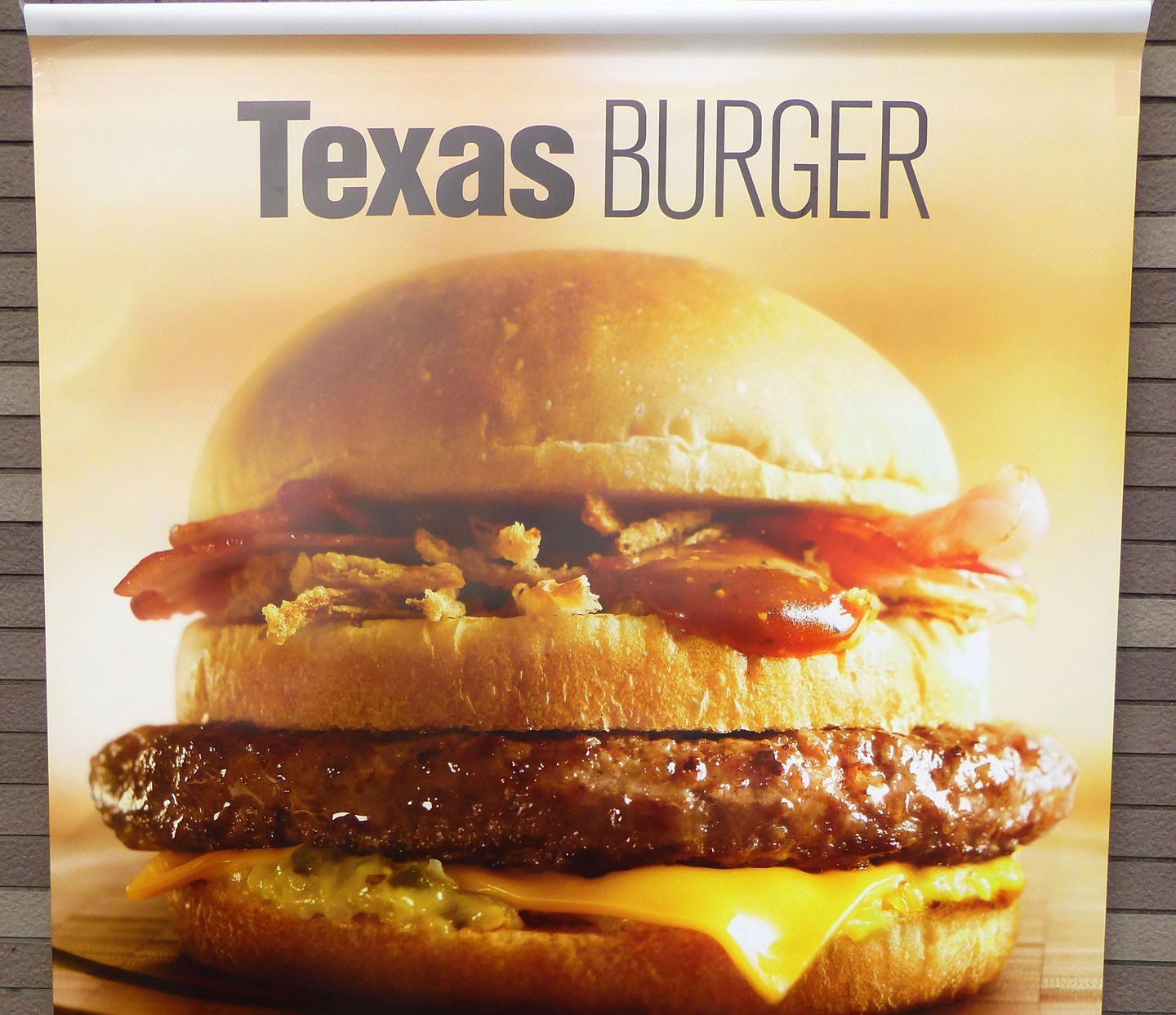 Upper Midwest, particularly Wisconsin: This part is usually famous for its butter burger with butter on top of the bun and patty. 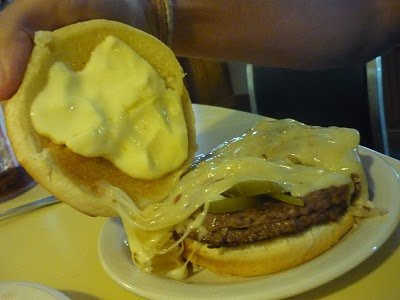 Carolinas is famous for its hamburger “with everything” which is served with cheese, chili, onions, mustard, and coleslaw. 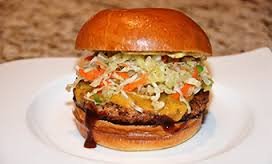 Hawaii is famous for hamburgers having topping of teriyaki sauce, derived from the Japanese-American culture, and locally grown pineapple. 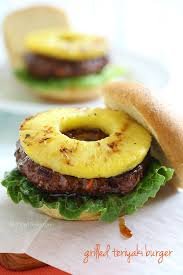 Waffle House claims on its menus and website to offer 70,778,880 different ways of serving a hamburger.

Portions of the Midwest and East coast is famous for hamburgers served with lettuce, tomato, onion and is called a “California burger”.

In the Western U.S., a “California” Burger often means a cheeseburger, with guacamole and bacon added.

Pastrami Burgers are served in Salt Lake City, Utah.  A patty having beef and topped with thin-sliced salty ribbons of meat. 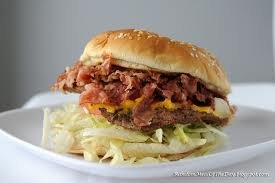