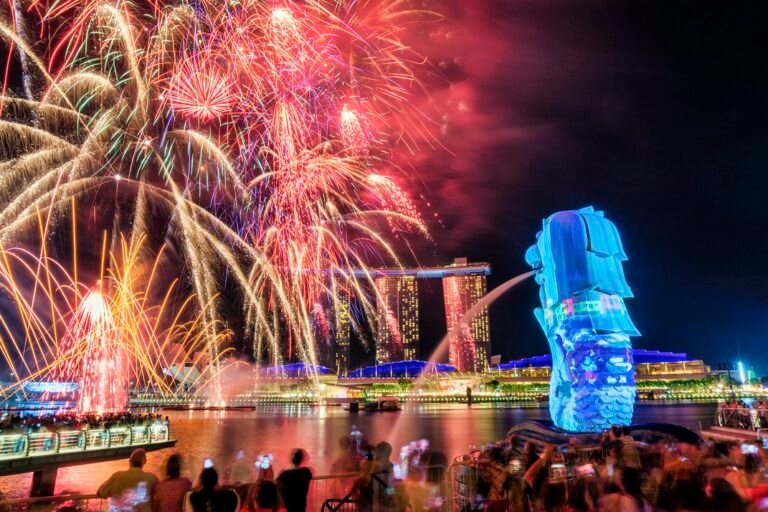 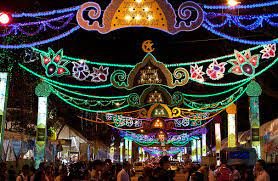 Hari Raya Puasa: a Muslim festival that marks the end of Ramadan and is celebrated with prayers, open houses, and traditional food. 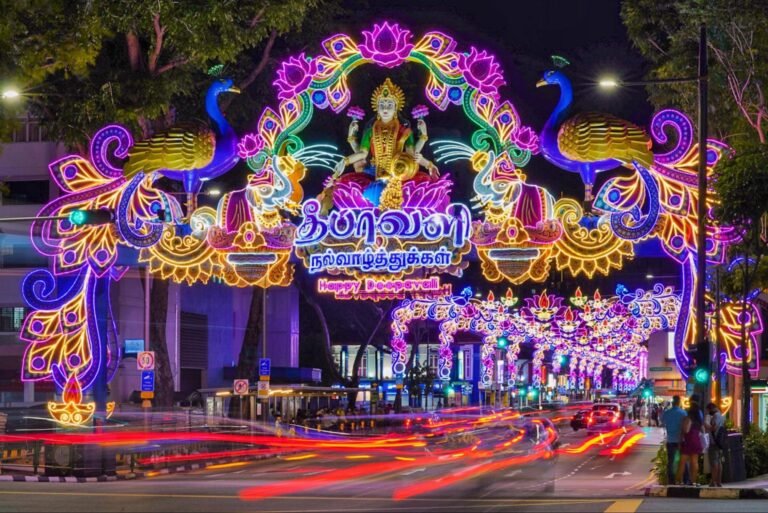 Deepavali: a Hindu festival of lights celebrated in October or November with colorful lights, music, and traditional Indian food. 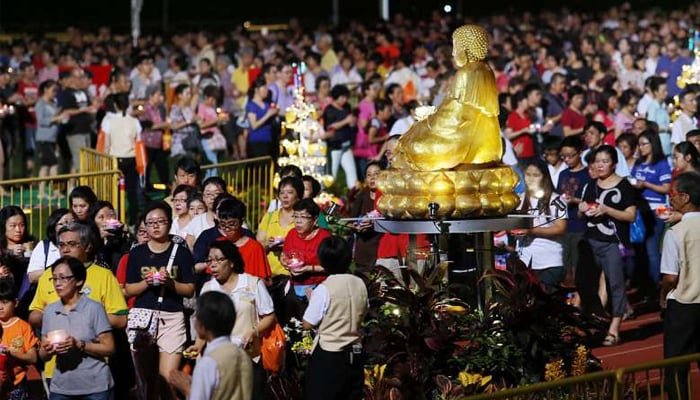 Vesak Day: a Buddhist festival celebrating the birth, enlightenment, and death of the Buddha and is marked by prayer and meditation. 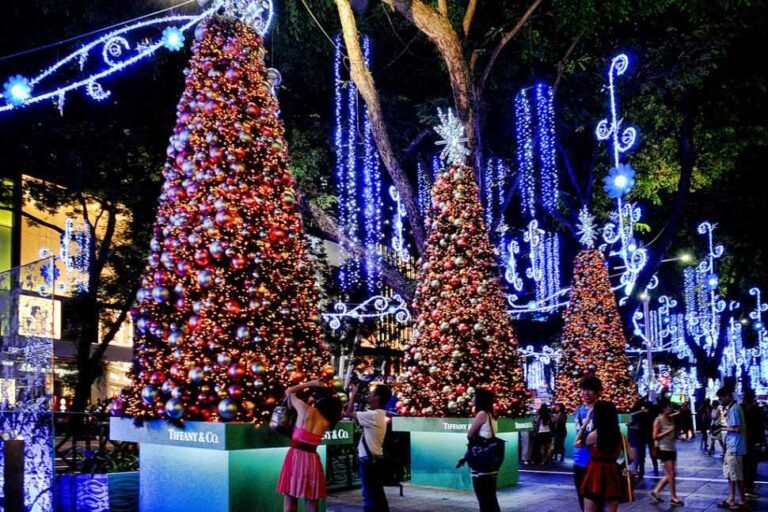 Singapore is a multicultural country and Christmas is widely celebrated. 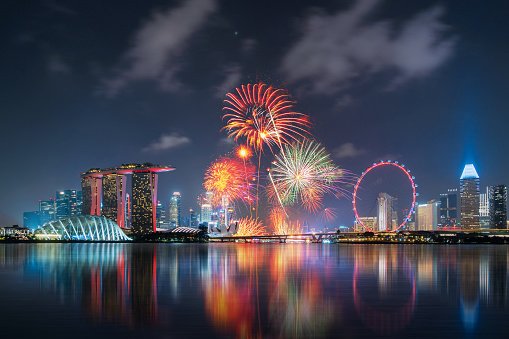 it is celebrated on August 9th every year, it is the day Singapore became independent from Malaysia in 1965. 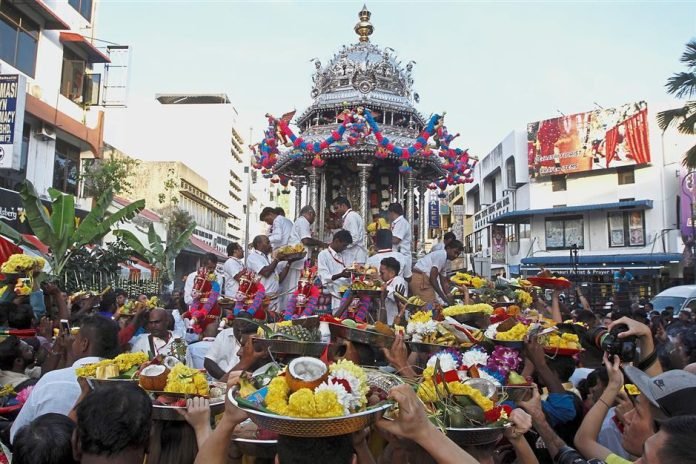 a Hindu festival celebrated in January or February by devotees who carry kavadis (decorated structures) and piercings as a form of devotion to Lord Murugan. 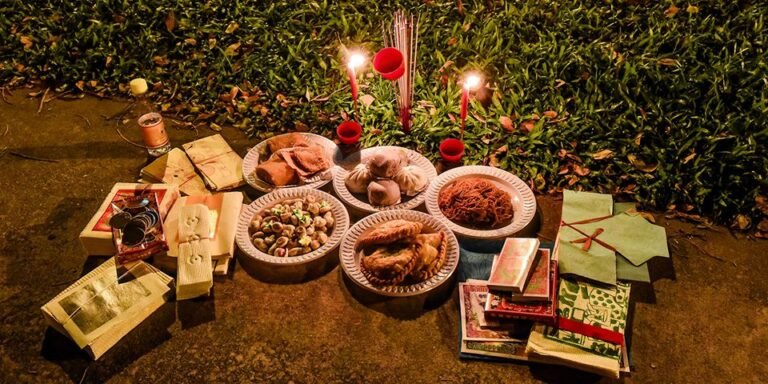 is a traditional Chinese festival that usually falls on the 7th month of the lunar calendar. 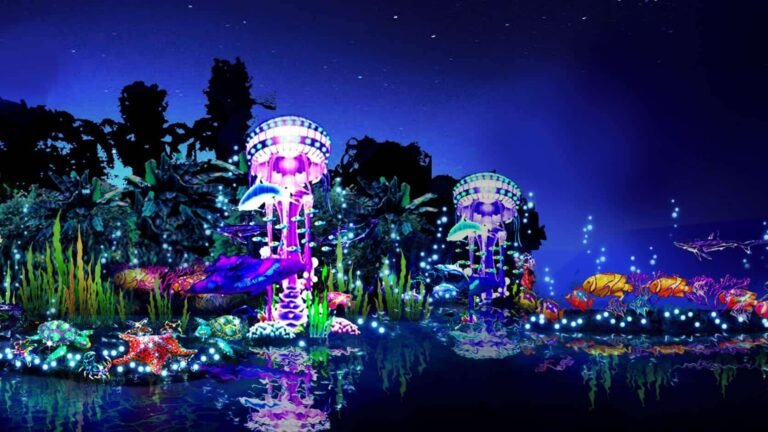 is a Chinese festival that falls on the 15th day of the 8th lunar month and is celebrated with mooncakes and lanterns.