Facts of Ireland and why study in Ireland?

This Blog will tell you some facts about Ireland and Education  system about Irish. Ireland is from The Top Study abroad Destination for Students. Read the Facts of Ireland Given  Here. 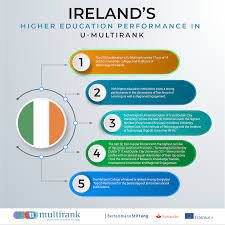 If you Planned to study in Ireland then Why Study in Ireland? this question will must strikes on your mind. read few point about why Ireland is best option for students.

This article will surely helpful for all students who planned to go abroad for Higher Education.