10 Festivals In Dubai You Must Experience

One of the most exciting festivals in Dubai is the festival of shopping! But then again, this shows how extravagant Dubai is. The Dubai Shopping Festival is an annual shopping festival that was inaugurated in 1996, and since then it is held mostly in the first quarter of the year (mainly from January’s first week to February’s first week). The festival includes unbelievable discounts in every store in every mall. No matter how high-end the brand is, DSF provides an opportunity for anyone and everyone to go out and shop. But shopping isn’t the only delight. With various other festivities and events happening across the city, everyone becomes part of the DSF. There are many food-related events organized, concerts, game shows, parades, ramp walks, etc. happening in every mall, and firecrackers going up every night for the duration of the festival at Creek Park. There can be no possible festival which is celebrated in a more grand way than this! 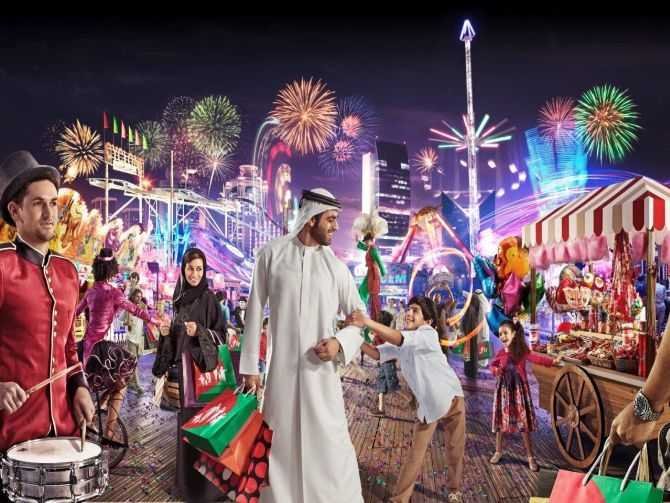 Art Dubai was founded in 2007 under the patronage of His Highness Sheikh Mohammed bin Rashid Al Maktoum, Vice President and Prime Minister of the UAE and Ruler of Dubai. Widely regarded as one of the most globally diverse art fairs, ArtDubai is held every March and features not only emerging artists but also leading artists in the field. Almost always held in March, it attracts over 28,000 visitors from all over the world and includes art collectors, curators, patrons, museums, and other institutions. The gallery is categorized into three sections: Contemporary, Modern, and Residents. It also holds the most significant art conference in the Gulf known as The Global Art Forum. As the name suggests, the conference invites artists, leaders, curators, and writers from all parts of the world. 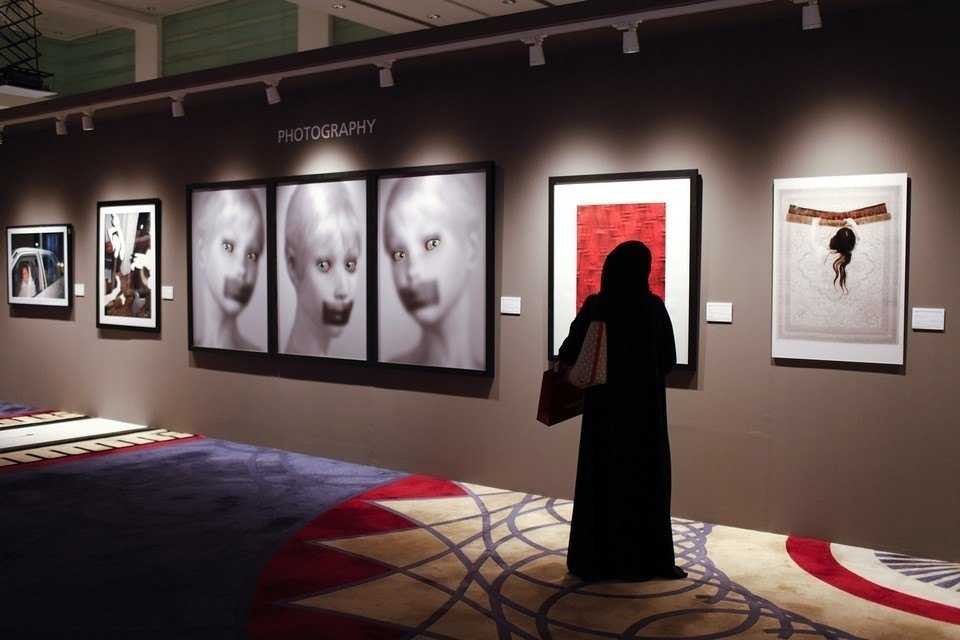 Dubai International Film Festival is one of the biggest film festivals in Dubai and the Middle East as well. It started in 2004 and since then has been celebrating films every year during December. It attracts films from the Arab world and beyond. Many academy-award nominated movies have opened up the festival. It is held at 3-4 posh locations around the city and attracts many interns, volunteers, viewers, cinephiles and celebrities. It also hosts conferences, Q&A, presentations, and special appearances. DIFF sets itself apart from many other film festivals by not only providing red-carpet glamour but also a cultural exchange between the film lovers as the movies come from different regions, with different languages and different cultures. DIFF has been widely regarded as one of the best film festivals in the world. Conde Nast Traveler has included DIFF into its annual compilation of the World’s Top 15 Film Festivals multiple times. 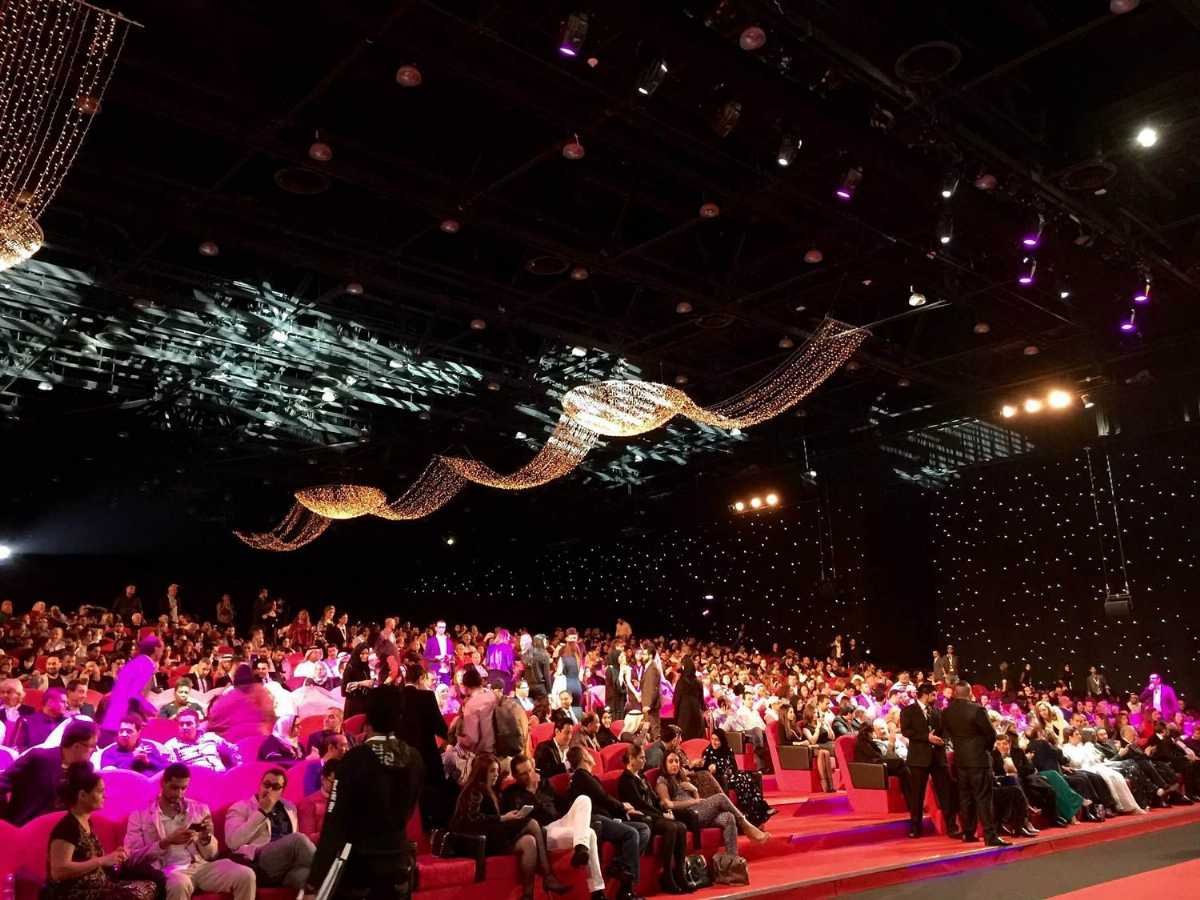 Dubai Jazz Festival is an annual music festival that takes place in Dubai. The first edition of Dubai International took place in January 2003 at Dubai Media City Amphitheatre where a number of famous Jazz artists over 3 days. The Festival has grown over the years to attract more than 500,000 from all around the world. The Emirates Airline Dubai Jazz Festival has won the best Music Festival Awards at the TimeOut Nightlife Awards 2010 & 2018. The festival is organized all around the city of Dubai and features Award-winning artists, Legendary musicians, and some critically acclaimed Jazz and Contemporary Music groups, covering over 50 years of music history. The tickets will be available soon before the Festivals and you can also get notified about the same by subscribing to the official site. 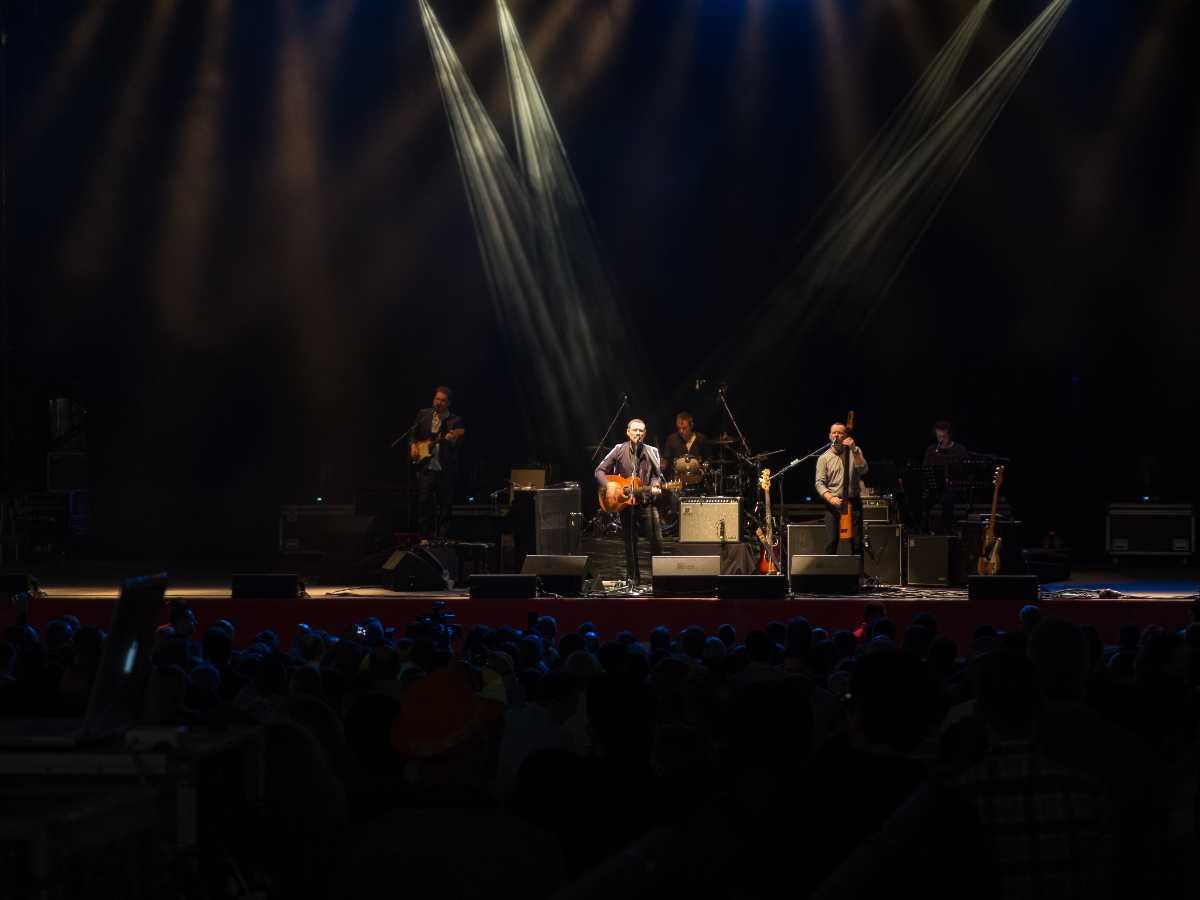 The Dubai Marathon is an annual marathon event that attracts thousands of participants. It started in the year 2000. In 2008 it was labeled as the world’s richest marathon event as it offered one million dollars to anyone who established a world record and $250,000 for the first-place winners in men’s and women’s categories. It is the Middle East’s largest mass event and attracts well-above 28,000 participants from the region and worldwide. The marathon route is approximately 42.2 km. The race begins at 6 am for the elite athletes and the wheelchair athletes and at 7 am for the masses. The entry fee for the same is 135 USD. They also have a 10km race and a 4 km race which begin at 9 am, and 11 am respectively. The entry fee for the same is 90USD and 55USD respectively. One needs to register for the marathon online for the marathon and the races which are held mostly in January. 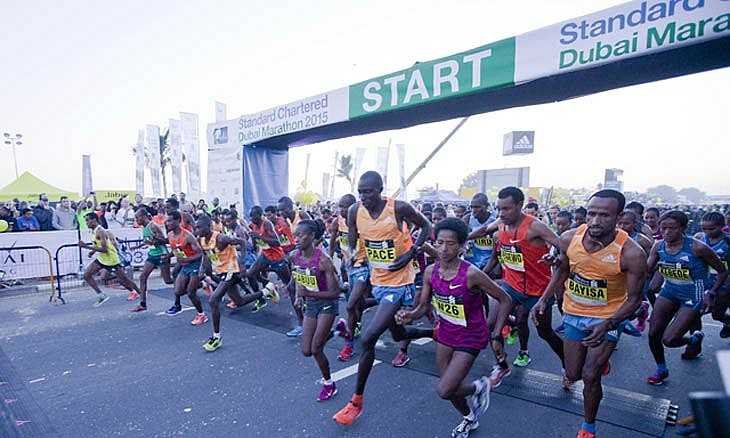 Every year since 1996, Dubai hosts one of the world’s richest horse races, with a prize fund worth USD 10 million. The race takes place at the Nad Al Sheba Racecourse in the presence of the world’s best jockeys, trainers, and Horses. The state-of-the-art facilities and a superb track provide racegoers with a unique and amazing venue for the city’s largest social event. The event is annually held on the last Saturday of March. 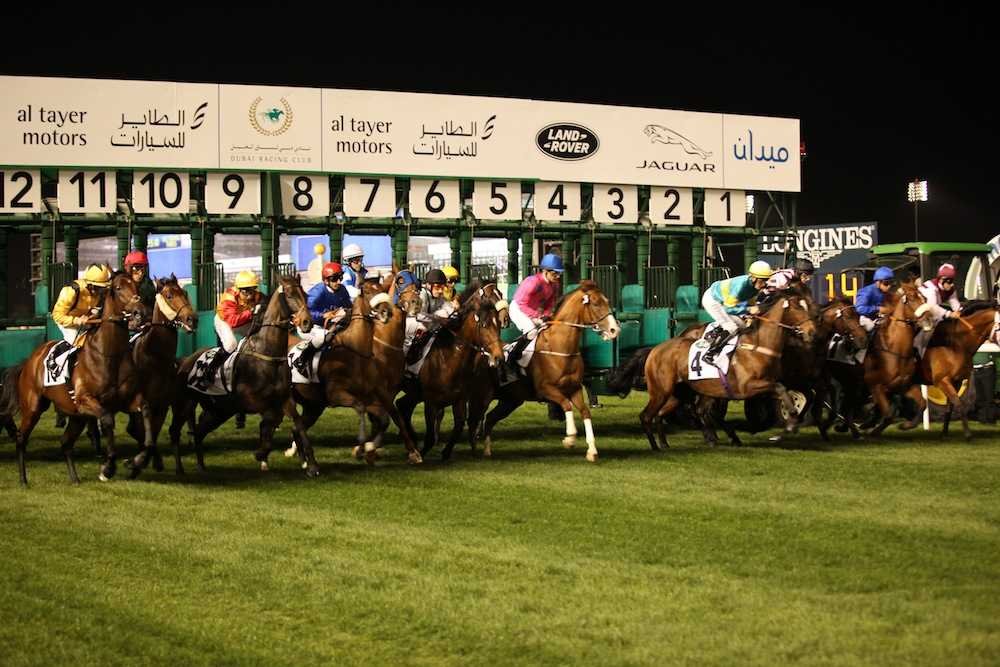 Dubai’s unofficial food festival is certainly one of the most awaited festivals in the emirate. Starting in 2007, Taste of Dubai manages to attract guests from all over the world to experience dishes from both, ambitious chefs and established chefs. Every year, you’d find celebrity chefs headlining, live cooking demonstrations which by the way attract the majority of the crowd just because they are fascinating, there is also a dedicated kids zone as well as shopping areas. Some of Dubai’s best restaurants serve their signature dishes for less than a fraction of the original price. 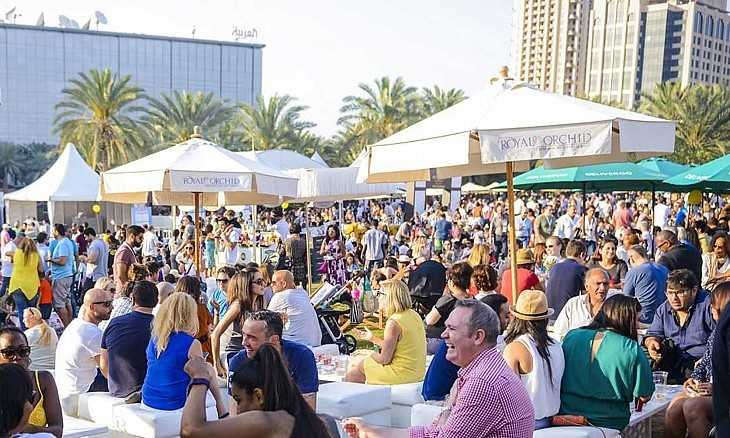 Dubai International Boat Show is one of the classiest events in Dubai. Every year, luxurious yachts from all over the globe. It will also have stands from prominent brands in the yachting world. Marina Art Gallery exhibition is open to the VIPs attending the boat show. It has selected acclaimed pieces from the leading galleries around the world. There will be live music and entertainment throughout the day. Unlike other boat shows, Dubai international boat show has a chill vibe which starts at 3 pm and goes on until 11 pm. 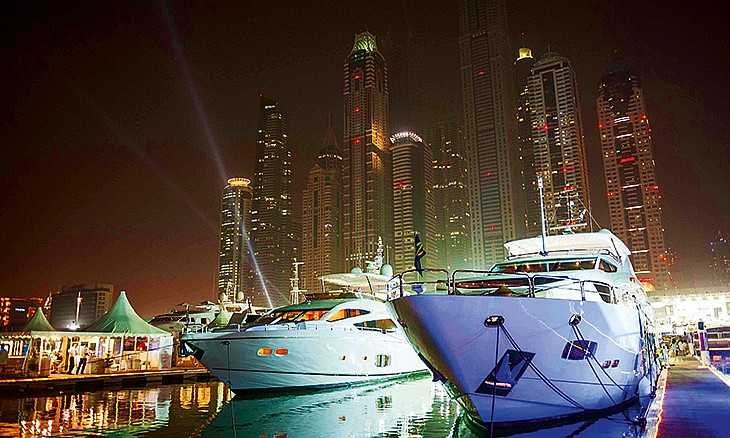 Al Gaffal Dhow Race is an annual event that honors Dubai’s past and glorifies the primary commercial activity: pearl diving. Dhows are traditional Emirati boats that were used by fishermen in the past for pearl diving which helped establish Dubai as a leading trading port. Nationalistic pride is quite recognizable in this event as all the crew members on the Dhows must be Emiratis, and the crowd that gathers to watch them sail is mostly Emiratis. 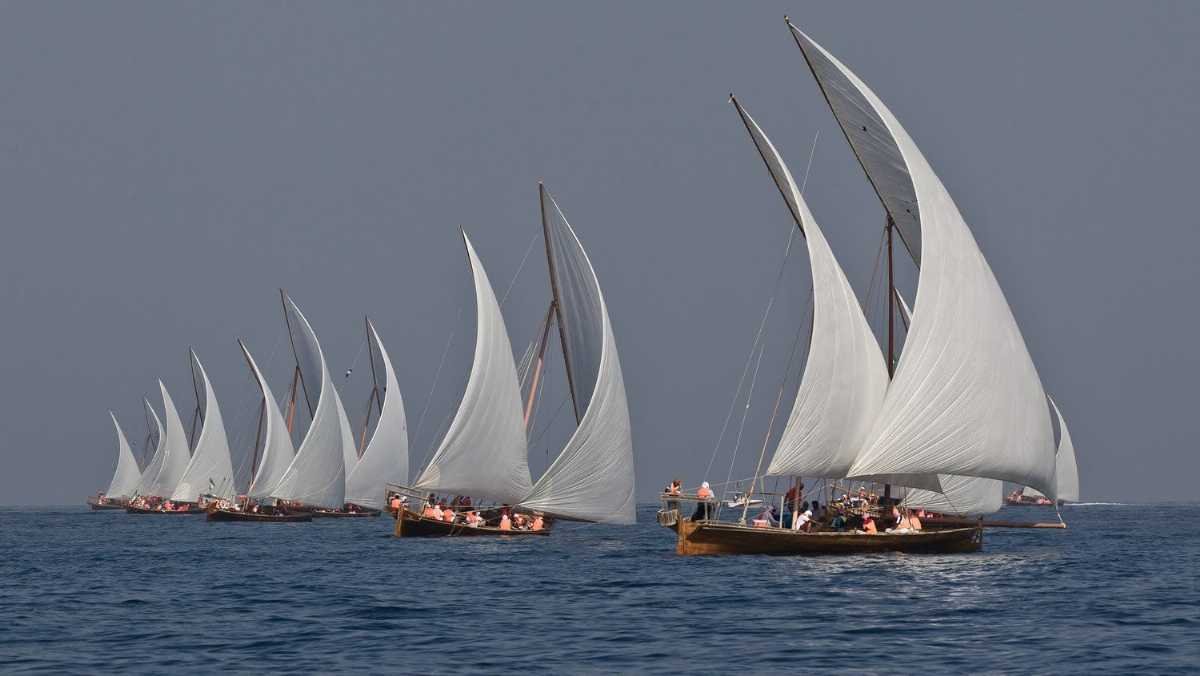 Burj al-Arab is perhaps- if not the most- one of the fascinating structures of Dubai. It is one of the most iconic landmarks of Dubai that is featured in any movie shot in the city. Held every year in mostly March, Swim the Burj is an event that gives an opportunity to the participants to view Burj Al Arab up and close. Participate in the race to swim around the Burj al-Arab in either 1,600 m or 800-meter race categories. The competition is open to people aged 16 or above. All the proceedings earned from the event are donated to charities every year. 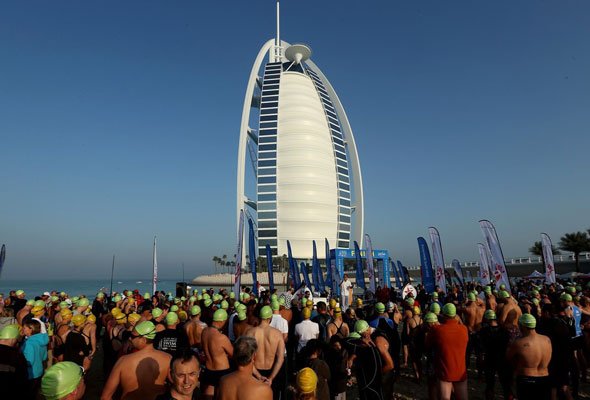