Do you check the University you have applied in India is Fake or Approved by UGC. Every Year UGC Publish the list of Fake Universities, if you are graduate from any fake university listed by UGC, your changes for applying masters in Countries like USA, UK, Australia or other good countries is almost over. You hardly get the chance apply Abroad for further education. This is not just for Abroad Education but even you are applying for any Job or Education after these fake Universities, you will get Rejection.

Students must have to check the Authentication of Universities they are applying. Such Fake Universities can spoil their Career. Every year more than 1 lakh students Victim of such fraud institutions. This year 2015 UGC publish the list of 21 Fake Universities. Beware from below Universities May spoil your career. 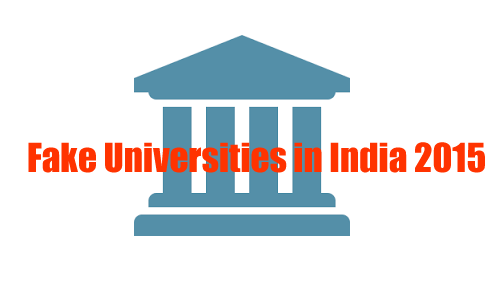 List of Fake Universities in India 2015 declared by UGC @ www.ugc.ac.in:-

Fake University in Uttar Pradesh – UP state is at Top in Fake educational network:-